The GGU Matchplay Championship was held at The Bishopbriggs Golf Club starting on 19th July, with the Semi final and Final on Sunday 24th. The golf course was presented to the players in splendid condition all week, the greens ran true and smooth. 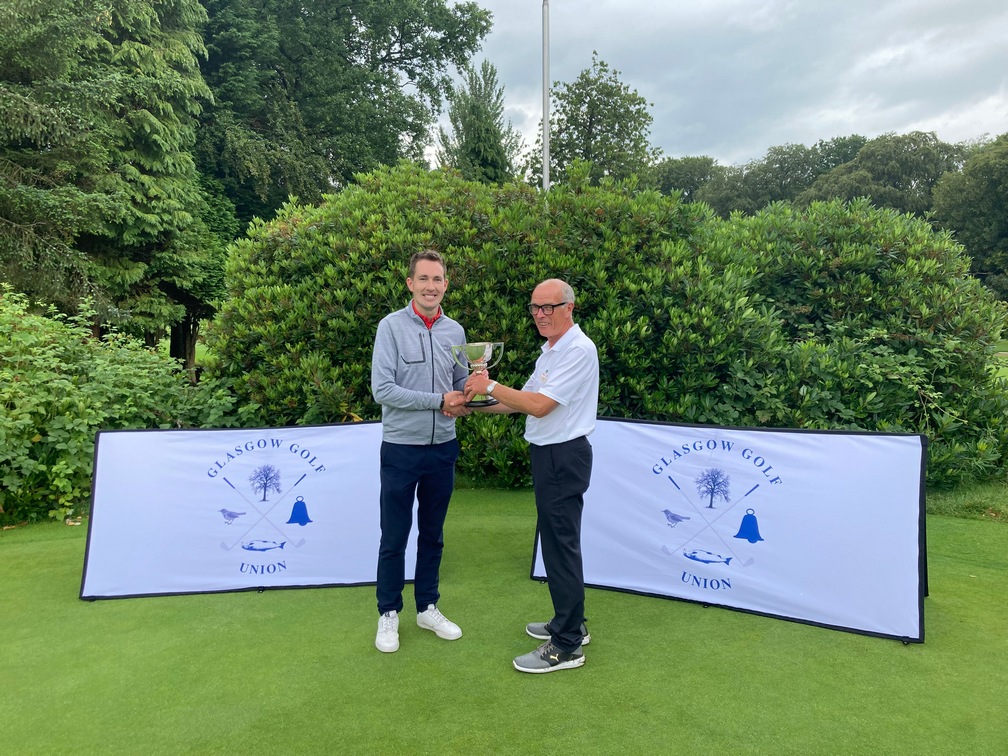 Sunday morning saw fair weather for both semi-finals with both ties going all the way to the 18th green which saw both Fraser Grant and Brian Gray emerge victorious from closely fought encounters. The afternoon final tie followed a different pattern however with Fraser establishing a 4 hole lead playing the 11th hole, as the players played their approach shots the dark clouds released a monsoon of rain on the players and spectators alike and the game was suspended for 30 mins.

When play recommenced , Fraser after a remarkable par from under a bush and a long unlikely putt on the 13th eased Brian aside on the 14th hole to record a 5&4 victory.

All the games, at each stage of the Matchplay Championship, were played with a great spirit which was of great credit to everyone involved.

Go to top of page